We recently received a donation of over 30 beautiful, though decrepit, children’s books from the early 20th century. The haul gave the existing Illustration – Children’s Books category a hefty influx of content and prompted us to divide the subject chronologically as follows: 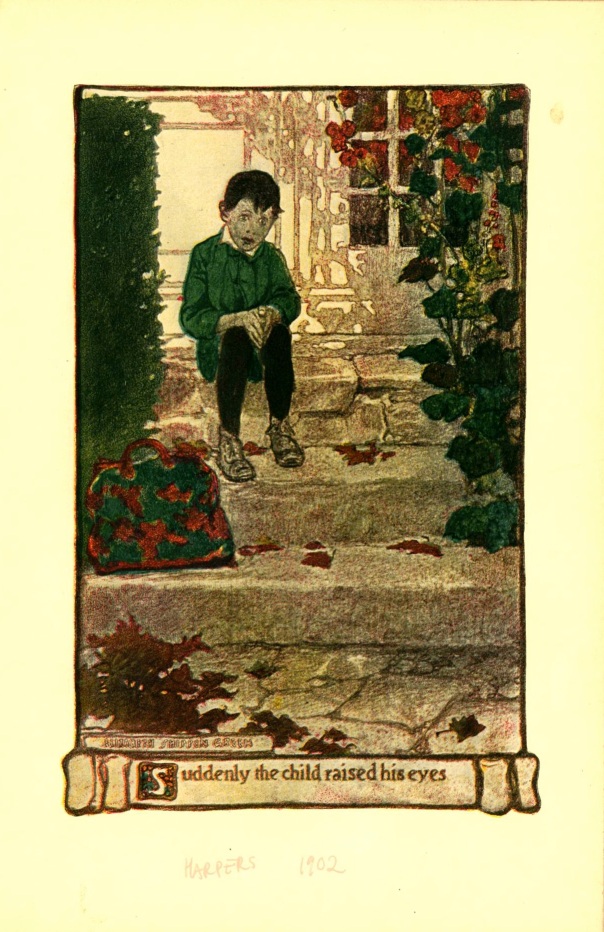 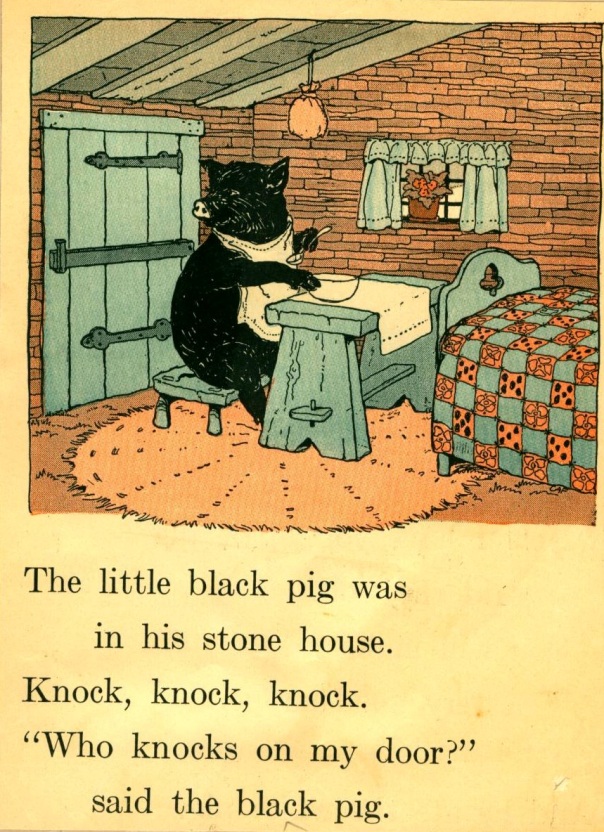 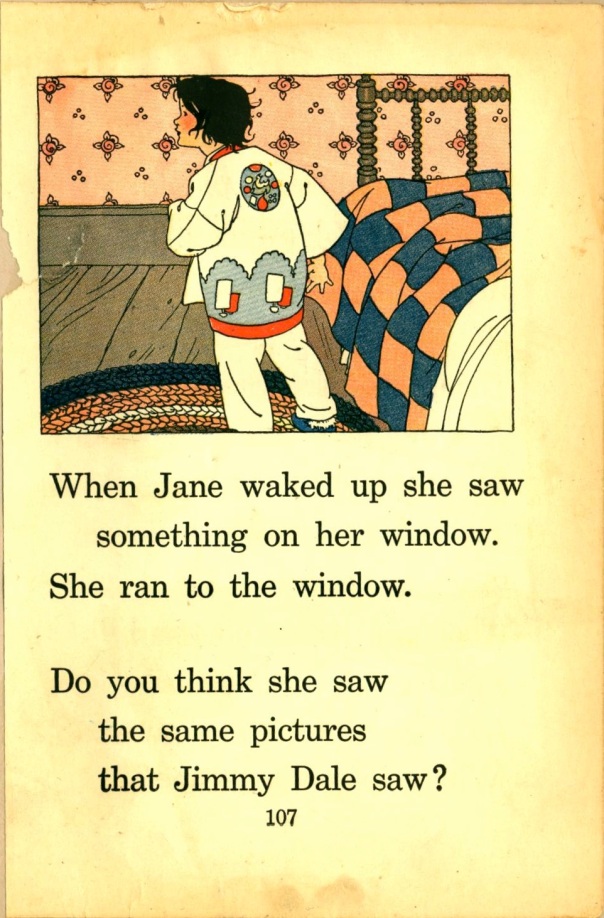 Lucky Peach is the product of superstar chef David Chang (Momofuku), the writer Peter Meehan, and editor Chris Ying (Anthony Bourdain is also listed as a contributor). This whimsically illustrated and humorously annotated  magazine should be a staple for food enthusiasts. Each issue has a running food-related theme featuring recipes, interviews, reviews and the occasional science lesson (the microbiology of miso? my guts feel better already). The artwork is not to go understated though- the graphic design, photography and especially the illustration really push this journal over the top.

Lucky Peach is published by McSweeney’s (the people that bring you The Believer and the namesake Timothy McSweeney’s Quarterly Concern), which has been evident in the first 8 issues with the quality and mood of the illustration. But with this 9th edition, the McSweeney’s stamp also shows up in the innovative printing design. This issue came with a supplement called Guts that you had to perform an operation to remove: 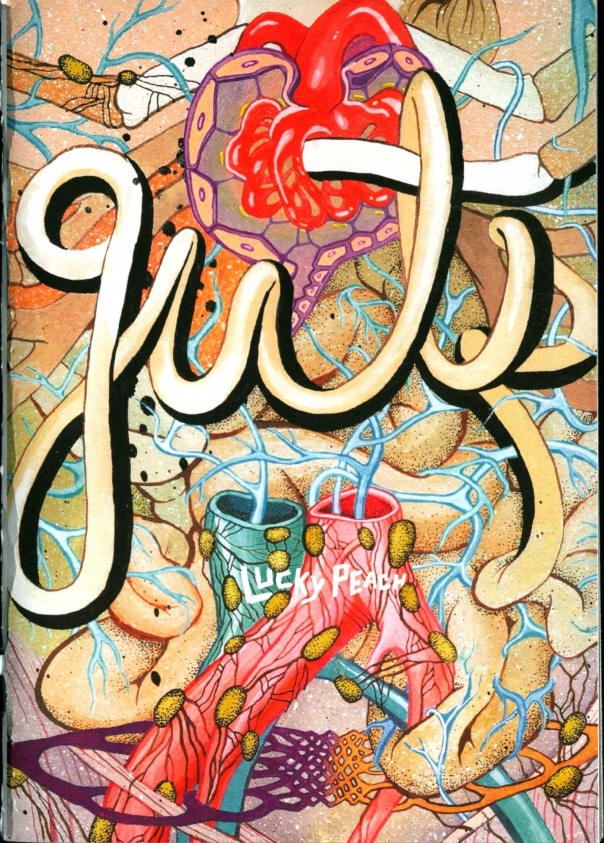 The outside of the pouch and front cover is by Celeste Byres.

Pictured below is Dario Cecchini “vivisecting a pig while reciting Dante” (from the editors note by Chris Ying).

Illustration below by Kelsey Short.

On the back cover of issue n. 9 of Lucky Peach  is Domenico DeMarco of Di Fara Pizza in Midwood, Brooklyn (a pizzeria in my personal top 2) (photo by Gabriele Stabile) from an article called “The Specialists” about individuals that do one thing perfectly.

Our collection begins with n. 2. Below are a few highlights from the back issue. Dig in.

Issue number 2 (above) is all about “The Sweet Spot”- Striving for culinary perfection and efficiency.

Number 3 is “The Cooks and Chefs” issue. It explores the ‘celebrity chef’, the stay-at-home chef and all other walks of food-cooking-folk. 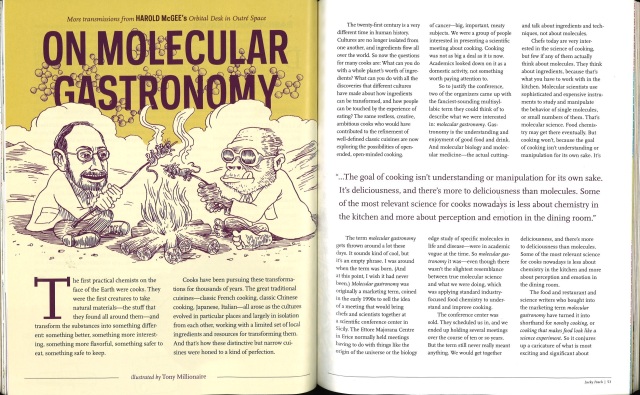 Know what your eating on a microscopic level.

A brief history of cake.

Some bonus illustrations of things you don’t want to find in the back of your fridge.

Illustration is a Japanese publication featuring illustrators and cartoonists  working in a wide range of mediums, from oil paint to digital collage.  The magazine often includes step-by-step photographic demos for artists and humorous inserts such as a page featuring the editors in a muscle-flexing contest. We also have two other journals called Illustration, one of which is from England, and the other from the USA. For the Japanese Illustration our holdings start in 1991 and continue to the present day (with some gaps, most notably between 1997-2002).

Some issues include step-by-step “how-to’s” for illustrators. 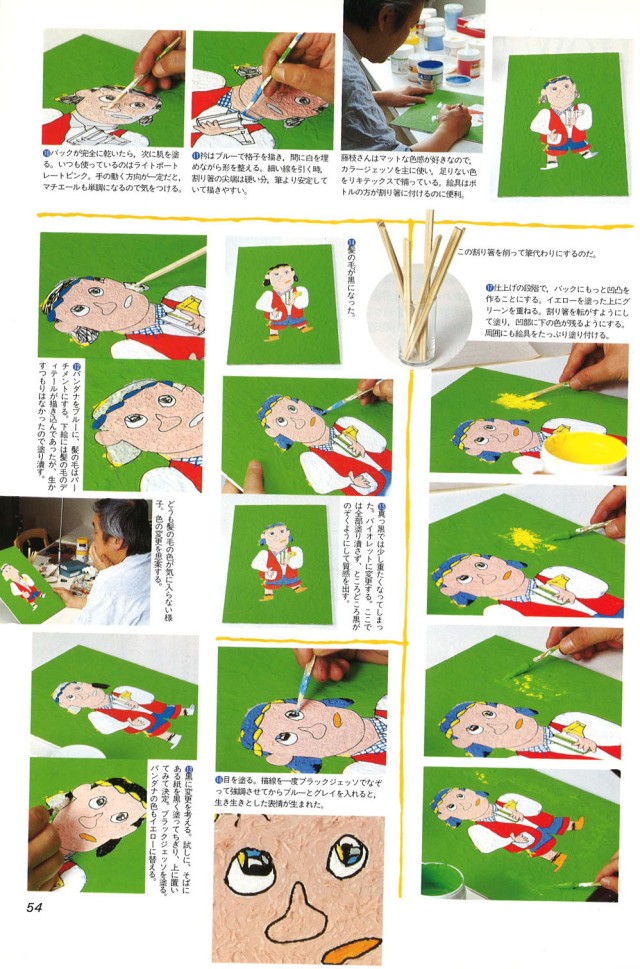 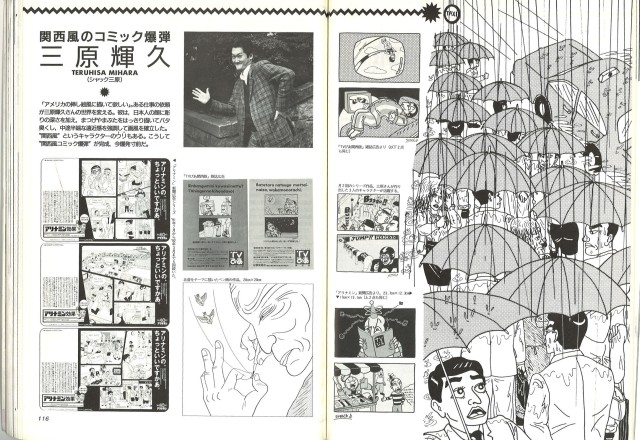 The Visual Arts Library has around 400 current periodical subscriptions. Everyday, from all around the world, by way of delivery services private and socialized, at least a few and sometimes a shining heap arrive at 380 2nd Ave..

Following are the covers of two magazines that arrived today. I think are they are sharp.

First, Novum and its World of Graphic Design, a title for which we have holdings dating back to 1950 when it was called Gebrauchsgraphik: International advertising art.

Description taken from page 2 of the magazine:

For the cover of this month’s novum we chose the mold made paper ZERKALL LITHO VI (270 gsm) with 75% cotton.  Further information: www.zerkall.com. Marco Bölling realised the motive in letterpress and iris printing www.boelling.com.

Second, we have School Arts, an art education title that we have going back to 1992. The piece is a product of a high school studio lesson designed and delivered by Caroline Nay. The work itself is by Dan Prach. The lesson is fully explained in the magazine, but involves either a botanical or animal subject, and features contour line drawings transferred onto a base painting. Very sharp.

Currently containing about 100 item, Charts, Graphs, & Diagrams is one of the Picture Collection’s newer categories. Like Advertising – Corporate Identity, Industry, & Utility, the content of this category owes a great deal to late 1940’s and early 1950’s Fortune Magazines. In the future, if this category grows like a good category should, I will probably see fit to cull Diagrams into its own category . I have already divided this post, presenting first a few charts and graphs and the diagrams after.

The Visual Display of Quantitative Information,  a chart or graph utilizes some sort of axis or axes, often horizontal and vertical, and reveals its information by specific plots or points and their relationship to the value established by the axes and to each other. The terms chart and graph are apparently interchangeable, but I tend to think of charts as more in the map family (of which the Picture Collection has an extensive collection) and graphs as more of the where z meets x and y variety. Regardless, charts, graphs, and diagrams all fall under the greater heading of information design. If you are interested in learning more about information design, take a look at Visual Art Library librarian Amos Turner’s LibGuide which will guide you to a bevy of resources on the subject.

Given the proliferation of PowerPoint and all of its default this, auto content that, it’s easy to forget that charts and graphs are often elegant, artistic, compositionally savvy  illustrations.

Even this arcane brown-scale graph, with its clean lines and geometric intersections, is very nice to look at. 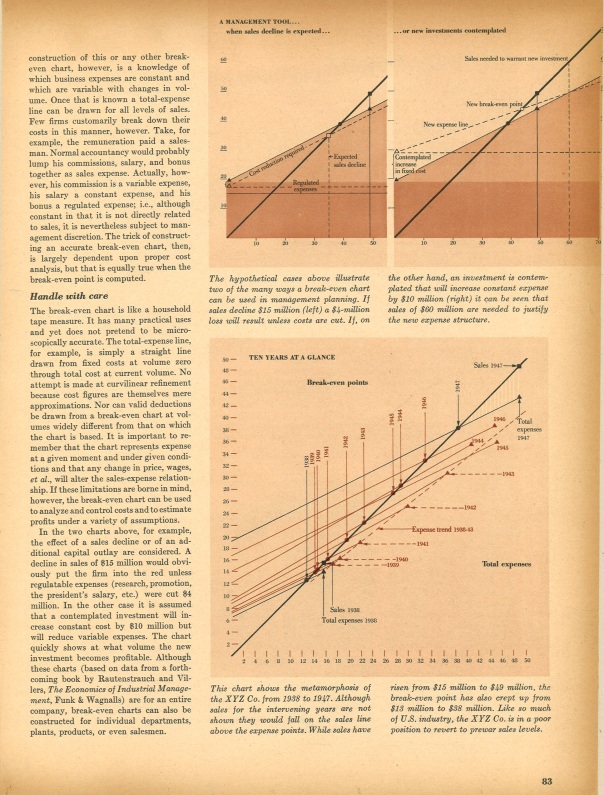 Here are a couple of graphs with language out of a Philip Levine poem, with its smelter gasses and pyrites of the heart.

And now the diagrams.

I thought these last diagrams were interesting, especially the bottom one which depicts a contraption which “metalize(s)…toy airplanes, junk jewelry” and the like to be sold in dime stores. Despite the unromantic process, the output, detailed below, looks magical. 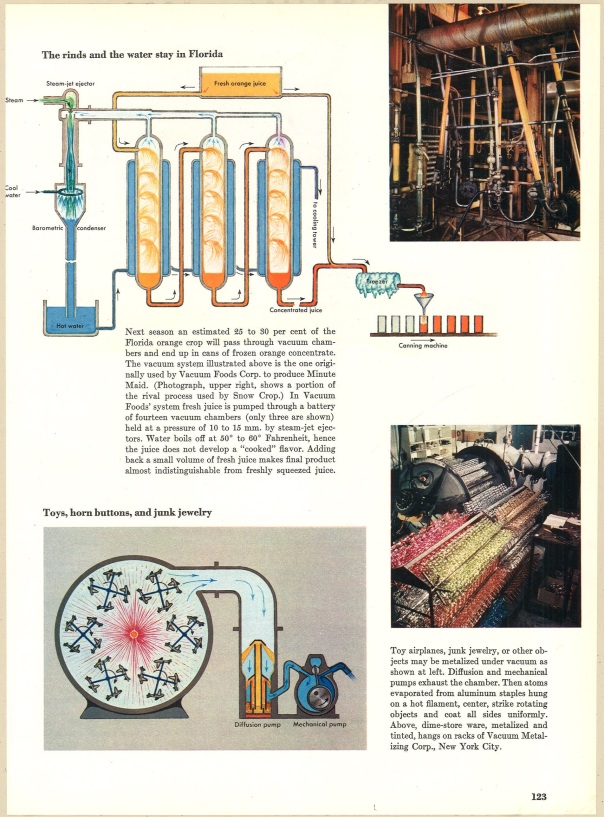 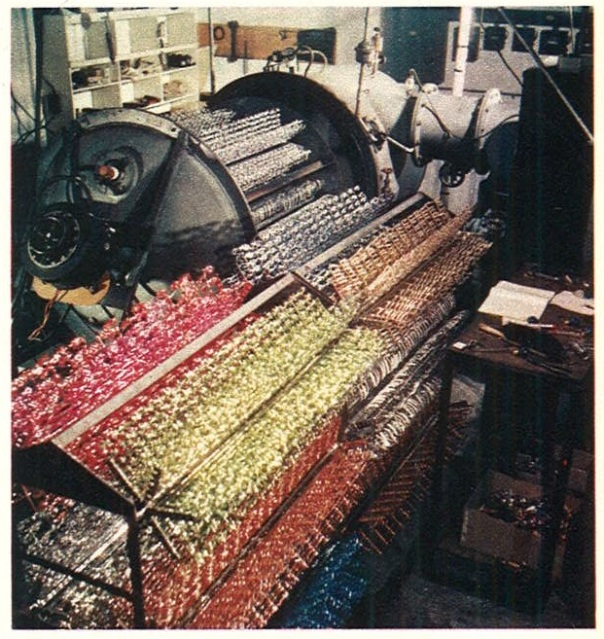