The Visual Arts Library recently acquired an (almost[1]) full run of National Lampoon Magazine. Much can be said about this magazine that originally was spun off the Harvard Lampoon. From my nerdy consumer point of view, what really draws me to this publication is their incredible enthusiasm and attention to detail. Every page of every issue (at least in their heyday: see the irreverent–there’s that word again–1970’s) is crammed with creativity, artful considerations, and in most instances, meaningful audacity. The table of contents and editorial page from the June 1974 issue:

Most of the issues are themed. This one is their “Rainy Day Sunday Funbook Issue” which apparently didn’t reached the pictured rained-in kid soon enough. One of their favorite satirical devices seems to be confusing horror with comedy; both the blood and guts and social varieties. Many of the magazines have embedded publications in them that parody other actual publications, such as this one that is supposed to have been put out by the state of Mississippi Bar Association featuring articles on “Closing Those Loopholes in Mississippi Lynch Law” and “No-Fault Rape–New Concepts to Protect Our Menfolk:” 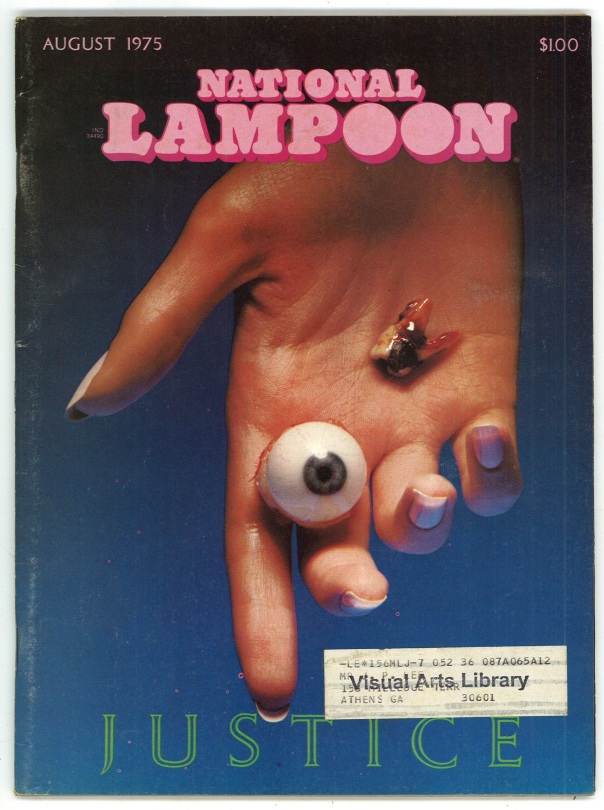 Civil Rights and Vietnam era politics proliferate the pages, along with heaping sides of boob and toilet humor.

The list of contributing writers, illustrators, and cartoonist involved with this influential comedy magazine are chronicled in the recent publication Drunk stoned brilliant dead : the writers and artists who made the National lampoon insanely great by Rick Meyerowitz (who was closely associated with the magazine from the beginning) which will soon be available in the Visual Arts Library. 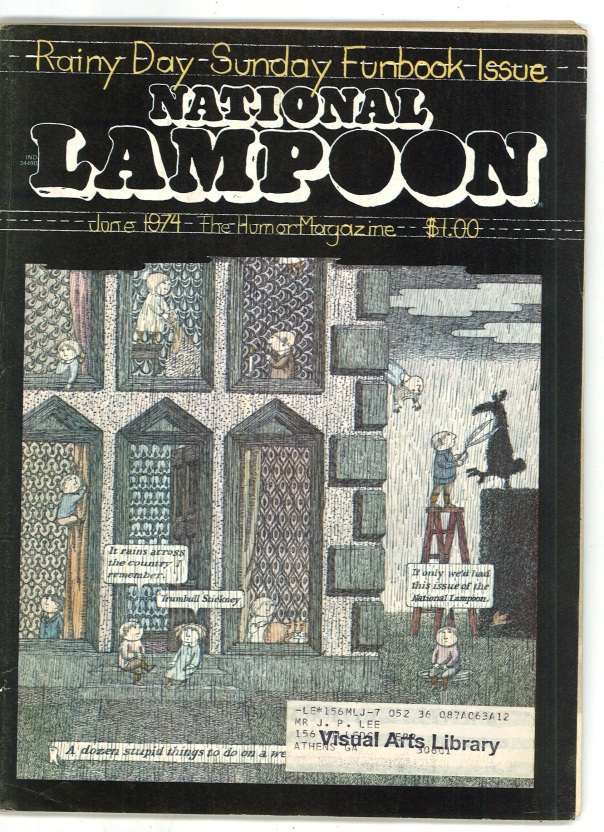 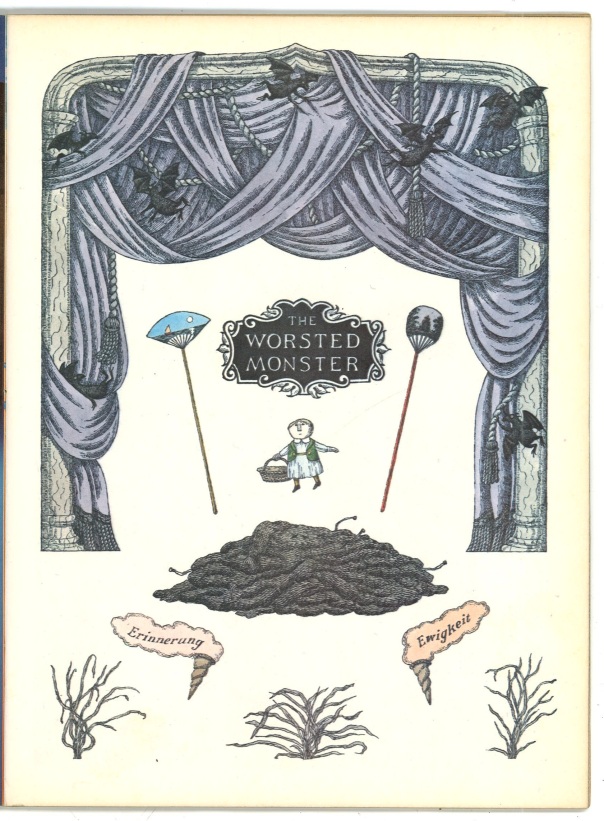 Late last year the New York Public had an event in conjunction with the publication of the book: LIVE from the NYPL: AN EVENING WITH THE NATIONAL LAMPOON TO MAKE THE LIONS ROAR WITH LAUGHTER (there is an audio recording of the event if you follow the link).

And lastly, Bill Scheft ,when reviewing Meyerowitz’s book for the NY Times , credited National Lampoon Magazine for spawning ““Saturday Night Live”; “The Simpsons” and their spawn; all of late night; The Onion; and two generations who have no idea they’ve been so thoroughly influenced. ” Not bad.