Sometimes understatement and subtlety can backfire, especially when it is used for something as permanently identifying as a periodical’s title. Apparently referring to the word ‘film,’  V.F. Perkins wrote in a tribute to Ian Cameron (Cameron was the founder, designer and editor of Movie and Perkins an associate editor) that “the vulgar Americanism of the word gave it shock value and a pronounced identity.” Maybe that was true in 1960’s Oxford, England, but these days it’s just a really generic name that easily gets lost in our vast information shuffle. But it shouldn’t. Movie is a wonderful film magazine that took its cue and influence from the French Cahiers du cinéma. 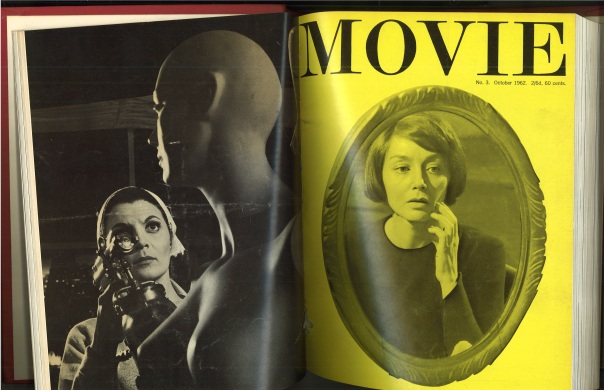 For Movie, criticism stems from, and is the logical conclusion of, the fanaticism that the writers and editors share for film. They write about movies and directors that they are really passionate about. They have a pluralistic philosophy when it comes to criticism. Much of the motivation for starting the magazine was the disenchantment they felt for established film criticism, which they felt tried to insinuate that there is one official stance when it comes to films and filmmakers. In the opening editorial of issue #1 (June 1962) they proclaimed “there is no point in replacing one cult with another. Instead we would like films to be the subject of enthusiastic argument in which our approach would only be one of many.” Despite all this, Movie had some very specific ideas about what is good and what is less so, as demonstrated in this histogram (also from issue #1): 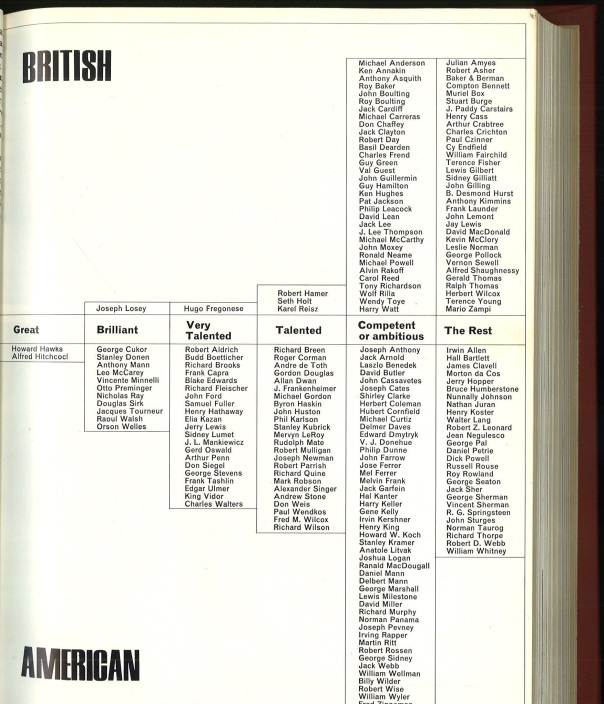 As you can see it’s a list of directors, not writers, actors, producers,  or cinematographers. Movie was interested (in the least) with the Auteur Theory of film criticism.  First written about in a 1954 article by Francois Truffaut in Cahiers du cinéma, the Auteur Theory asserts that the director is (or should be) considered the author of a film. There is a nice little history of the theory by Donald E. Staples in Cinema Journal, Vol. 6, (1966 – 1967), pp. 1-7 (which you can access through JSTOR). 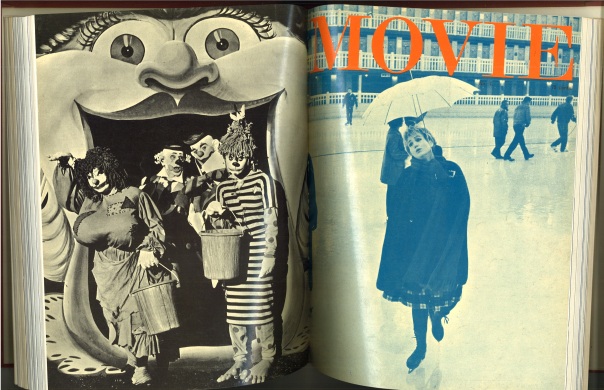 Left: The four stars of “Jumbo” Right: Mylene Demongeot in Michel Deville’s “A cause, a cause d’une femme” 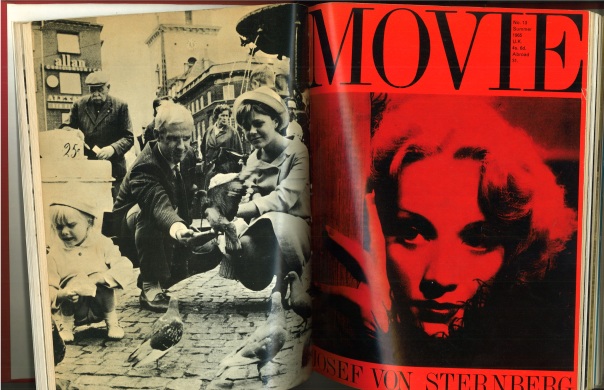 You can find Movie in our back periodical stacks (dial M for Movie). Over it’s history the publication frequency was erratic, punctuated by frequent hiatuses, but they persisted for 29 years. We have 28 years: no.1(1962:June)-no.34/35(1990:Winter) (I believe they ceased publication with no.36 in 1991).  If you take some time to read the densely packed, but artfully designed issues, you will find in-depth interviews with a vast array of filmmakers, and gobs of writing on closely analyzed moving images captured on celluloid.  Ian Cameron was a well respected film critic, who apart from having this lovely mag as his periodic child, also wrote many books on film and helped England catch up with the (at the time) more cutting edge France and even the USA. It is a rich addition to our periodical collection. I’ll leave you with a couple more images from the magazine: 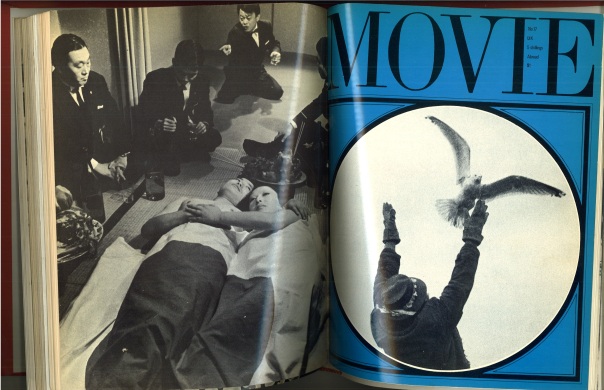 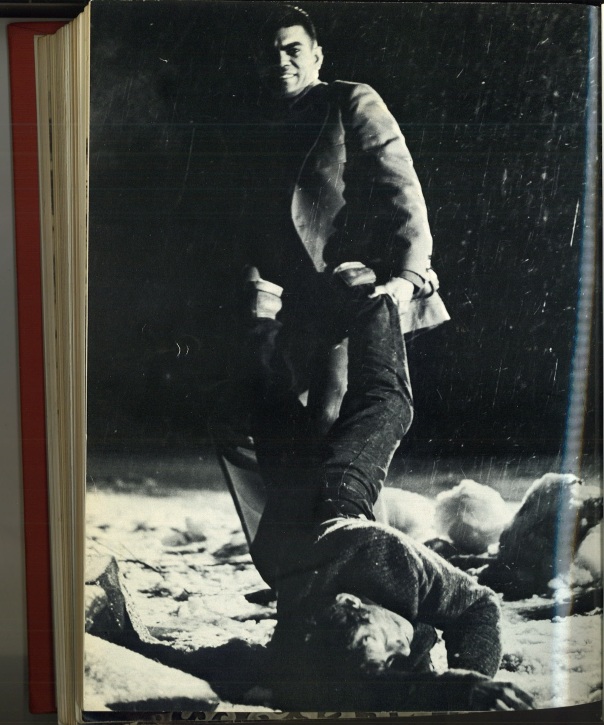